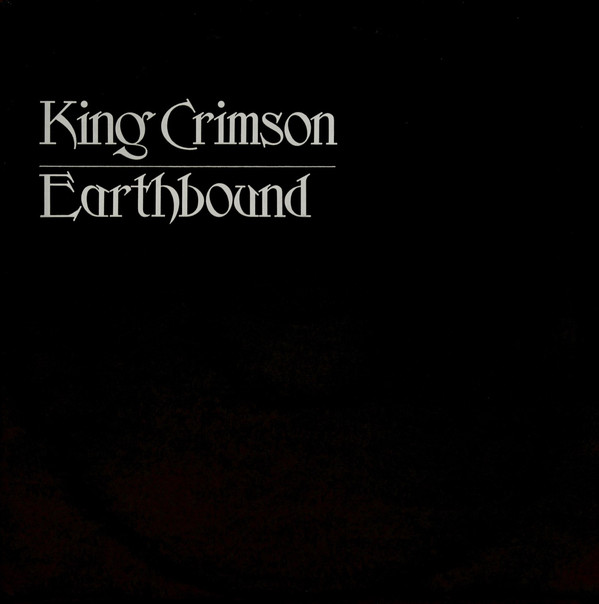 If you approach this record with the expectation of getting a reputable, classicist progressive rock album, you will be sorely disappointed—Earthbound is King Crimson basically at their rawest, noisiest and most energetic. I’m aware that it is widely being regarded as a failure, as a missed opportunity of a first grand live statement, but, as we all know, it always depends on the perspective (on our predispositions and idiosyncrasies.) Sometimes when everything gets chaotically mixed up in my head, Earthbound can act as a comforting companion, and is, more prosaic, just a super fun record: from Boz Burrell’s gloriously overdriven vocals to Fripp’s rash guitar tone to the alto sax cutting fiercely through music to the—politely speaking—unpolished production, Earthbound has a bite hardly found elsewhere in the band’s discography; perhaps only in parts of Lark’s Tongues In Aspic. There are moments in the opener “21st Schizoid Man” which, to this day, are utter insanity—beautiful controlled chaos.(be) 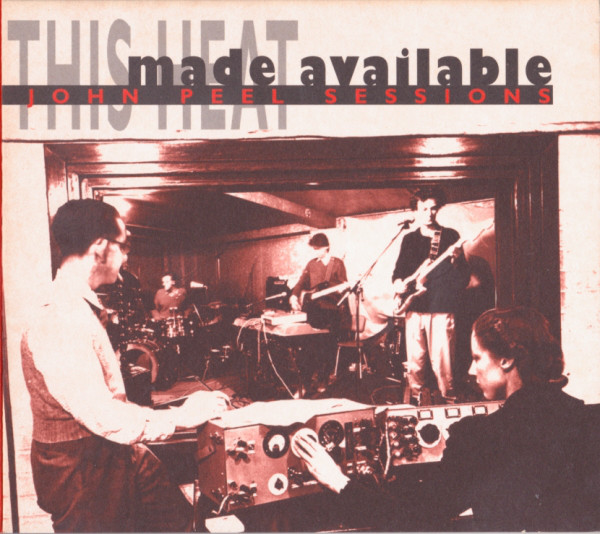 This Heat – Made Available:Peel Sessions (1977)

This Heat may have had their roots in the progressive rock underground of Canterbury, but by the time of this recording session their music had little in common with the pastoral folk experiments or overly sophisticated Jazz Rock of the town that spawned such illustrious names as Soft Machine, Caravan or Robert Wyatt. Hayward’s voice may have been recalling the airy-whimsical timbre of a Robert Wyatt, yet conceptually the trio was much more attracted to the anarchic-vibrating tones of free improvisation and free jazz (names like Evan Parker, Sun Ra or Han Bennink are frequently mentioned in interviews.) Those eccentric ways of thinking and making music were further legitimised by the group’s third member, Gareth Williams, who is said to have never touched an instrument before This Heat. Williams’ intuitive, non-musical approach to improvising with effects and tape manipulation, I think, plays a big role in what makes the band so special and what ultimately detached them from the notion of what a rock band could be. “We were aware that what we wanted to do was commit some act of violence upon what it was to be a musician and what music was”, as drummer and singer Hayward stated in an interview with Simon Reynolds in 2001. All this sounds like a radical rejection of those conventional ‘systems of seriosity’, of the traditional, the classical. An immediate truth, probably born out of “Doing rigorous experiments and playing aggressive live music in Berlin punk shithole clubs”. And perhaps it was the amplitude of that very freedom that eventually caused the group to fall apart in late ’81.

This Heat came together as a band in mid-1976, then recorded a few demos in an old meat storage facility with the sole intention of landing a session with John Peel. After weeks of mild telephone terror, John Peel and his producer John Waters eventually conceded and—according to the myth—handed over the keys to the BBC studios. This resulted in two sessions from April ’77 onwards—and what sessions they were! Made Available is still as raw and discomforting, as truly alienating of a record as upon my listen. It only took a few subtle moments, some thirty seconds of subdued chamber sounds, before “Horizontal Hold” blasted out of the speakers like a shock wave, making way to some form of proto-noise rock/sludge metal (an archaic, sometimes laughably heavy sound the trio later never managed—maybe deliberately so—to recreate on their studio albums.) Their confrontational habitus, however, came in some form of design as the group knew how to incorporate a variety of foreign sounds from God-knows-what sources. The song structures, essentially emerging from longer jam sessions, are thus interwoven with a web of textures and effects, clangs, blips, bells, faded Middle Eastern or other mythic little melodies. Quite a few moments on Made Available inevitably make me think of Ligeti’s softly saw-screeching strings in the ‘Jupiter And Beyond’ chapter in 2001: A Space Odyssey when poor prematurely aged Dave—after being pulled into a black hole—is floating over solarized, acidy landscapes somewhere in unimaginably distant lands. And not terribly unlike that very director, a feeling of estrangement seems to be apparent here as well, a sense of dread, a deeper truth, perhaps.(be) 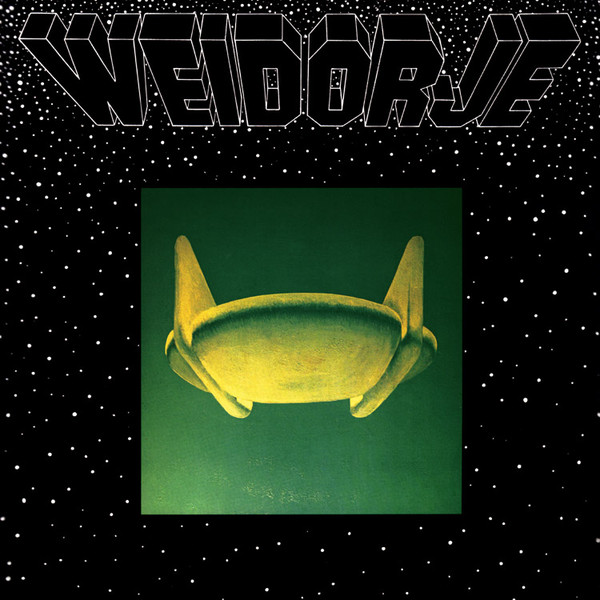 The Zeuhl is strong in Weidorje. Very strong indeed. The combo around ex-Magma members Patrick Gauthier and Bernard Paganotti jets across space and time while emitting hypnotizing pulses of rhythm and pure soul brought to life through exceptional instrumental skills and milelong quasi-jams. On the only release of the great Weidorje, we are left with the results of mindblowing rhythmic studies and ambitious attempts to describe the indescribable through the means of music. In exactly 36 minutes the group manages to distil the finest cosmic juices and arrange them across three versatile and enthusiastically performed tracks. Each piece shifts between states of seemingly aimless and trance-like grooving and suspenseful moments imposed upon the listener by the force of Paganotti’s roaring bass guitar. “Vilna”, the second track on the album, is by far the most eccentric composition. Approaching the end of the track, the music turns into the sonic equivalent of what I would call an out of body experience. In a crazed, yet calculated manner, the crew of the ship sets the sail toward singularity and expends the entirety of their creative force in a vortex of hypnotic Rhodes sounds, pounding drums and fluctuating basslines. The music is just as fantastic and magnetic as the force I believe it seeks to describe.(av) 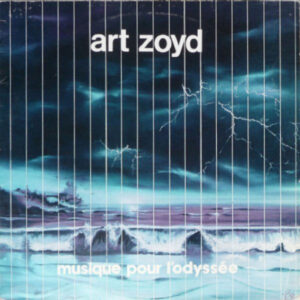 Out of a frantic violin attack accompanied by growling bass and a foreboding wind-section grows a symphony of war-like ambience in the title track of Art Zoyd’s second album. Cavemen, or maybe members of a primitive tribe recite battle mantras as the distressing sound of trumpets brings to mind images of classic Hollywood à la Planet of the Apes. After a dissonant and rather bleak initial listening experience on the first half of the album, the second track carries us away into more amicable terrain. Moments of calm are followed by sonic hysteria on “Bruit, Silence”, while the main theme (aka the attack of the violin) keeps on creeping up, making sure that the tension on this superb work of art never fully dissipates. “Trio Lettre d’Automne”presents a brilliant as well as meditative conclusion for Art Zoyd’s stormy aural odyssey.(av) 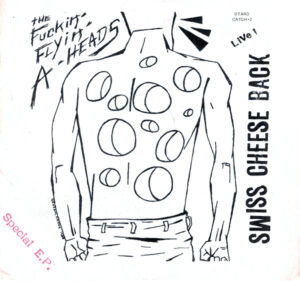 The Flyin’ A-Heads were a band from—naturally—Honolulu, Hawaii, and unfortunately this single would be their only release. The A-side, “Swiss Cheese Back”, is the clear winner here. It remains an impeccable noise rock monster, fuzzy and damaged while being quite atmospheric. The singer seems to be channelling some early Iggy Pop-madness, as he’s being surrounded by a droning lo-fi sound with all sorts resonances between guitar and amplifier, vibrations and interference of feedbacks. Les Rallizes Dénudés come to mind, furthermore The Stooges, circa Funhouse-era. While it might be sloppy and incredibly under-produced, this single weirdly feels big and essential.(be) 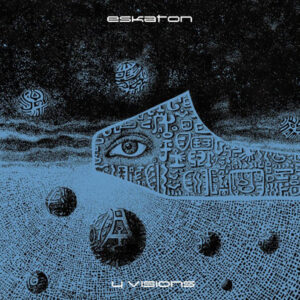 In an astonishing display of musical craftsmanship the Eskaton Kommandkestra takes us on an extragalactic joyride packed with all sorts of fantastic grooves and instrumental explorations. Driven by an insanely precise bass-playing and superbly funky drumming the album moves toward the deepest regions of the Zeuhl universe. The female orchestral vocals on 4 Visions never cease to touch my spirit’s sweet spot. The opener “Eskaton”, an uptempo prog opus, seems to continually climax into more and more complex melodies. “Le Cri”—the bonus track on the Album’s rerelease from 1995 on Swedish record label Ad Perpetuam Memoriam—hypnotizes me with swaying drums and touching notes played on the electric piano. There’s really no lack of originality and lavishness on Eskaton’s pièce de résistance.(av) 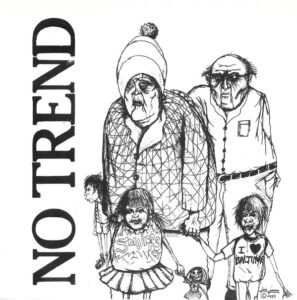 To keep it short: Hardcore punk has rarely sounded so deranged and heavy. By 1983 supposedly everything had been said in the realms of nihilist music. “Mass Sterilization” remains a prime example of how No Trend always managed this tough balancing act of unconditional negativity while remaining some sort of credibility and, yes, fun! It’s a sludgy, atonal, super repetitive quasi-song with some insane, echoey vocals dementedly swarming around in the mix. And in the tuneless basslines, one might already sense the Brainbombs looming on the horizon.(be) 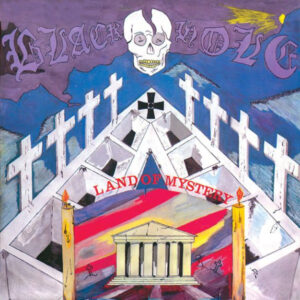 The story of Black Hole is that of a man that acted upon his intense visions from a place beyond consciousness and translated them into a spectacular masterpiece of human creativity. Roberto Morbioli—the head of this peculiar occurrence in Italian occult metal—together with Nicola Murari and Mauro Tollini, created Land of Mystery, the soundtrack to an otherworldly trip into demonic terrain. Fans of trashy Giallo movies should find strong pleasure in the masterfully composed songs on this horror-themed heavy metal monument. The unique formula of pipe organs, wobbling bass guitars, bone dry riffs and reverb-heavy vocals create a haunting atmosphere that is only intensified by carefully placed synthesizer passages. “Obscurity in the ethereal house” and “Land of Mystery” transport me into vivacious scenes of black masses and supernatural horror within the theatre of my mind. A great album for those who enjoy surreal kitsch and gloomy vibes.(av) 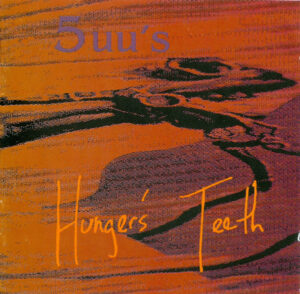 Take all your favourite prog bands, most importantly a big portion of Yes, and throw them into a big cauldron full of bad acid and out comes a band called 5uu’s. In a weird amalgamation of elements drawn from some of rock history’s most mind-boggling phenomenons, Hunger’s Teeth, born in the 1990s, presents an adventurous descent into a nightmare-like, almost cinematic creation of anxiety-inducing madness. Utilizing a plethora of exotic and rather unconventional instruments alongside the typical rock music setup (even the plopping of a turd into the toilet found its way into a recording), the trio led by David Kerman conjures up 11 pieces of high-quality avant-prog material.(av) 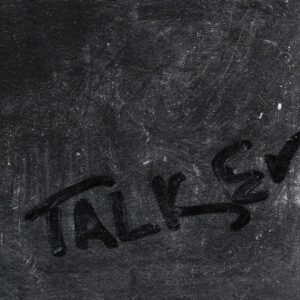 The album opens with an almost classic, tom-heavy rock buildup, only to then strangely stumble along for the next 40 minutes. Its lyrics, set in the wonderful netherworld of a US High School, are expressed here in a rather unusual, unique vocal performance sometimes bordering on the satirical and the absurdist with its half chocked, half breathy delivery. Talker is experimental, mathy, weirdly detached rock music with the spirit of the ingenious Captain Beefheart hovering over everything.(be)